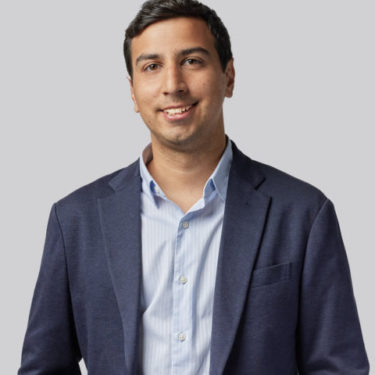 Since joining White Star Capital in 2017, Sanjay worked on over 25 investments made by the fund across Canada, New York, Germany and South East Asia. While at the firm, Sanjay spent a year pursuing an MBA at Insead in Singapore and returned in September 2020 to launch White Star Capital’s Toronto office. Sanjay focuses on identifying talented teams and founders across Canada and South East Asia in both venture & the digital asset space. Before joining White Star Capital as an Associate, Sanjay started his career in investment banking at Rothschild & Co in London. During this time he worked within the technology, media and telecommunications team, where he focused on corporate finance and M&A advisory for a full range of European companies.

Pairs of founders meet a mentor one-on-two, connect, pitch, and get feedback—fast. Then we rotate the founders so you never have the same conversation twice.

Small huddles with subject matter experts tackle common startup challenges, from culture and fundraising to product and pitching. Join our amazing mentors and get the help you need on the problems you’re facing!

Mentor Meetups are open to all startups – Mentors will be seated at tables throughout the auditorium, tables will be themed. Whatever you need help with, Mentors are there...

Mentors take lightning-fast turns as interviewer and interviewee onstage, sparking a conversation that heads in surprising and fascinating directions.

We crowdsource questions, upvote the best ones, and display stream-of-consciousness solutions our mentors can riff on from the stage.