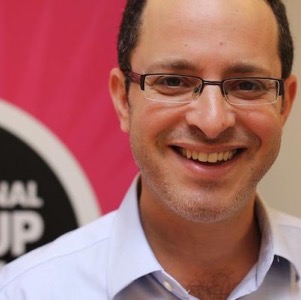 Phil may have an engineering background, but this seasoned entrepreneur got a taste of the startup world fresh out of university. His journey started in the early 90s pre-internet era when he joined Public Technologies Multimedia—a startup that grew from a handful of people, to hundreds of people in just a few short years. Although he launched his career as a programmer, Phil was quickly drawn into the business side of startups and has pursued this vocation ever since. From PTM he joined Locus Dialogue, who was eventually bought by InfoSpace (another startup that grew quickly). In 2003 Phil decided to start his own chapter with Embrase, a business-consulting firm centered on bringing innovation to the enterprise market. Despite his 20+ years of executive experience driving strategic business development, his heart was always in startups so he created a series of events that have now come to be the largest events in Canada for entrepreneurs. Phil is also a board member of the Osmo Foundation and is the President and Chairman of the Montreal Startup Foundation. As the Founder of Startupfest, and the Elevator World Tour, Phil has invested in every one of the investment prizes- including Paris, and Tel Aviv.

And the winners are!

Join our hosts and partners as we wrap up an epic 3 days, and announce all of the winners of the competitions! Who will the grandmother judges vote for? Who’s got the best pitch? Who will win the $100K investment prize and be crowned Best of the Fest? Drum roll please!!!!