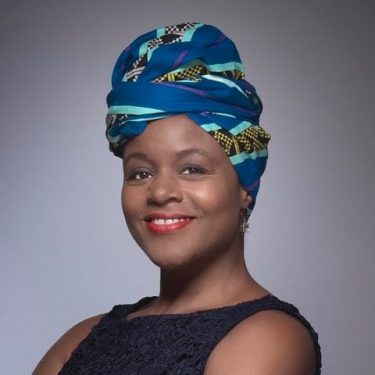 Viola Llewellyn is the co-founder and President of Ovamba Solutions, Inc. (www.Ovamba.com). Ovamba is an award winning African “FinTech” company that creates culturally attuned technologies to serve African SMEs with innovative Sharia compliant finance products, eCommerce, and logistics services to promote growth. Ms. Llewellyn oversees strategic implementation, investor communications, and global business development for Ovamba. Ms. Llewellyn’s past career includes building a $500MM life insurance investment fund for a Washington, DC based insurance investment firm where she led investor communications, and asset management divisions. She has held positions with companies such as Unisys Corporation, IBM, KPMG Consulting, BearingPoint and Rothschild’s. In 2016, Ms. Llewellyn was listed in the “Digital Undivided Report” as one of only 13 Black or African American women in the USA who have raised more than $1 million for a tech company. She is listed on Innovate Finance’s 2016 & 2017 “Women in FinTech Power List”, she is on “The Innov8tiv’s Top 50 Visionary Women in Tech To Watch in 2017” list. and was the recipient of the 2017 African Caribbean Business Council Excellence Award. Ms. Llewellyn is further distinguished by being the first Female African Tech Founder to speak at “Slush”, Helsinki – an event that is held each year and billed as the biggest gathering of innovators, funders, startups and entrepreneurs in Europe. Ms. Llewellyn is an honorary member of the board of trustees for the “International Women’s Think Tank” (IWTT – www.iwthinktank.org) where she guides IWTT on STEM issues, gender diversity and globalization. In 2017 she was appointed to the Advisory Board of the European Women’s Payment Network (www.ewpn.eu), and the African Women in Fintech & Payments Network (www.Africanwomeninfintechandpayments.com). She has previously served on the board of Africa’s leading tech hub and incubator ActivSpaces (www.ActivSpaces.com) as well as AH Partners (www.AH-Partners.com), a young P2P start up in the UK that is focused on financing Diasporan Businesses who are outside of traditional funding sources. Viola Llewellyn’s family is originally from Cameroon. She was born, raised and educated in the U.K. and lives between the African Continent and the USA.