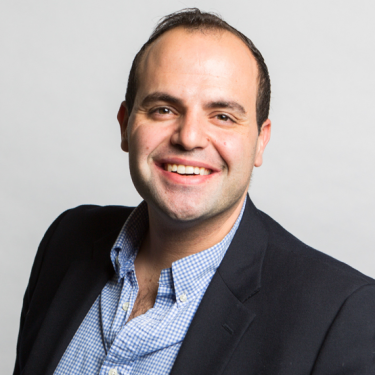 Hussam is a distinguished transformational leader in the startup ecosystem. He currently leads a team that runs the core operation of the DMZ –a world-leading tech accelerator that has helped scale hundreds of tech startups that have raised over half a Billion dollars in funding and created thousands of jobs– and whose sole mission is to change entrepreneurs’ lives by empowering them with the best-in-class programs and strategic partnerships to scale their businesses globally.

Under his leadership, the DMZ transformed to a 100% program-driven organization, launched Canada’s leading growth accelerator program for high-potential tech startups and created and grew its investor relations program and network to exceed 3,000 VCs in less than 2 years. Hussam has also spearheaded the creation of the DMZ’s Entrepreneur-in-Residence program that recruits some of Canada’s most accomplished subject-matter-experts to coach DMZ entrepreneurs.

Prior to joining the DMZ, as an entrepreneur, business leader and experienced executive, Hussam advised, coached and supported over 150 tech startups as Startup Services Group Manager at the Waterloo-based innovation hub, Communitech. He also held various executive and founding roles where he led and managed multidisciplinary teams in tech, banking and metal recycling, most notably co-founding and leading the growth of Algéro Canadian Metals to an internationally recognized organization, and leading the market penetration and growth of General Electric’s home appliances’ business within North African markets.