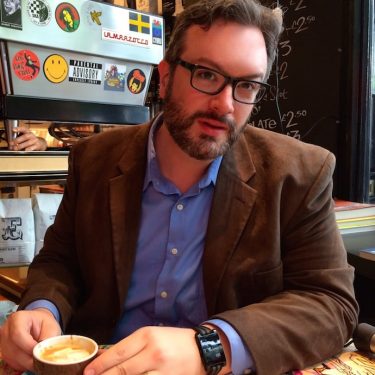 David McRaney is a journalist fascinated with how brains make sense of the world. He created the blog You Are Not So Smart, which became an internationally bestselling book in 2011, now available in 16 languages.

In 2013, he launched the You Are Not So Smart Podcast, now part of Boing Boing, and released a second book, You Are Now Less Dumb. He just finished his third book about how people change their minds, scheduled to be released in 2017, and is producing a new podcast scheduled for launch in 2018.

In recent years he has written ads for Reebok, Heineken, and Duck Tape. He also made a TV pilot, consulted for textbook companies, public relations groups, advertising agencies, and startups, and continues to travel the world giving lectures big and small.

He is married to Amanda McRaney, who is his favorite person, and he lives in Hattiesburg, Mississippi.