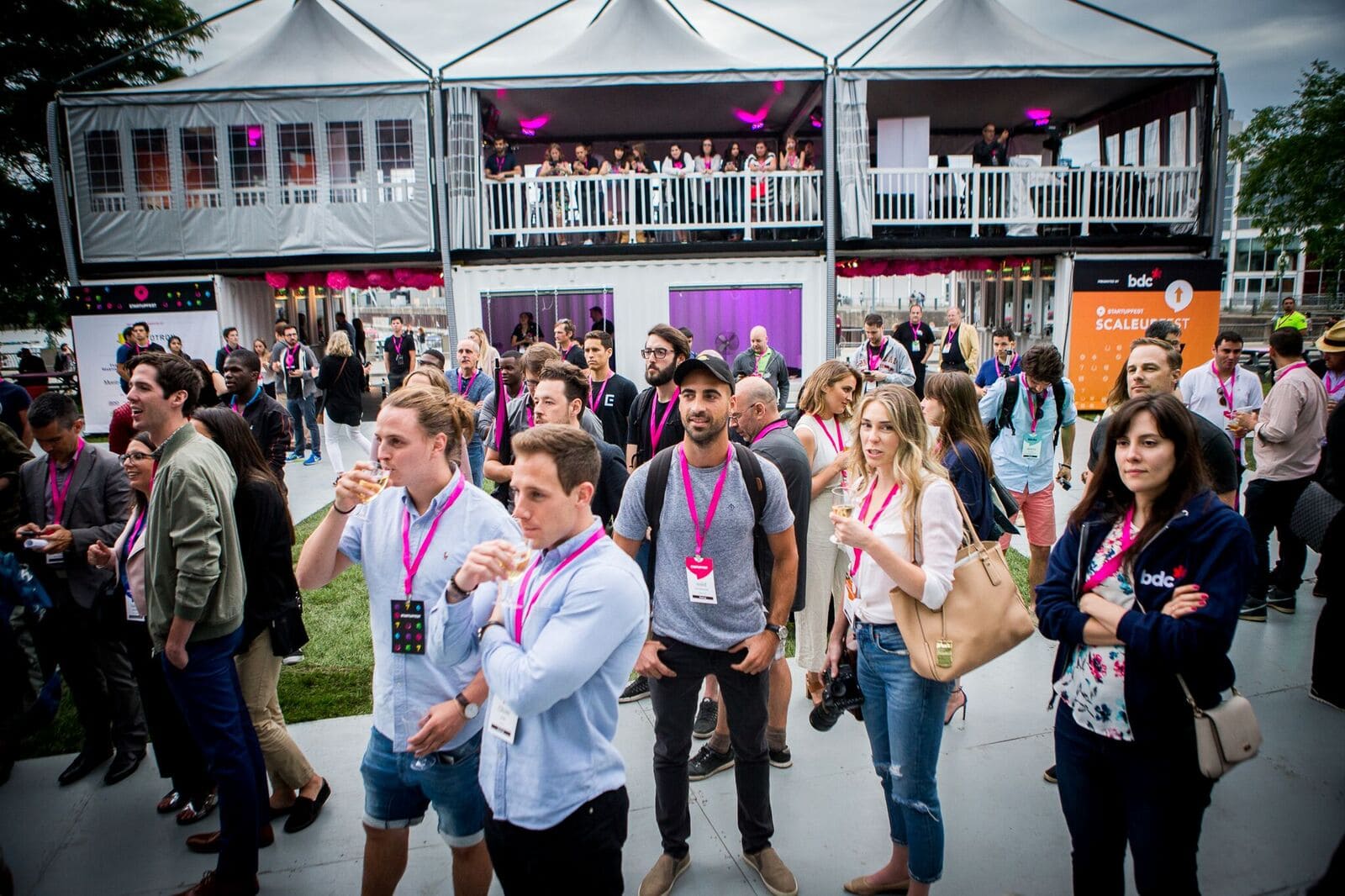 We all have our reasons for participating in startup events: To find investors, or companies to invest in. To connect with the perfect teammate, or an advisor who can give you a new perspective. To learn from experts, in an inspiring talk or an unexpected chat in a line.

All too often, however, we don’t follow through on those goals. We wind up reminiscing with familiar friends and existing colleagues, rather than making new connections. Networking is hard—you don’t know who to hunt down, and introducing yourself can be awkward. And after two years of relative isolation, those networking muscles are more out of shape than ever.

The team behind Startupfest is no stranger to remarkable experiences. Over the years, we’ve run an elevator pitch in the Eiffel Tower, floated a fleet of boats, and invented a rotating multi-channel conversation in an agricultural palace. We’ve developed new formats, from Oxford Debates to game shows to chain reaction panels. And through the pandemic, we tested hundreds of tools (yes, hundreds; we counted) and pioneered engaging online events. And then we helped others, from governments to music festivals to magazines, do the same.

We do all this because engineering serendipity is in our DNA. It’s our mission, quite literally: Curate compelling content and meaningful interactions in unexpected ways that challenge the status quo. And this summer, we’re revealing a number of new interactions and activations we hope will not only surprise and delight attendees—but deliver on the reasons they’re coming to the event.

Because we’ve been building things.

The 2012 Nobel Prize was awarded to David Gayle and Lloyd Shapley for their work in the 1960s on finding perfect matches. A simple one-way match, such as the one between players and teams, is hard enough. But a multidimensional, many-to-many match requires some serious computer science. In the past months, we’ve been building an algorithm to find you some fresh contacts. It’s hard work.

A matchmaking model doesn’t just need code. We also need data on which to test it, before we have actual attendee data. So we’ve created complex data generation tools that simulate Startupfest attendees, according to past demographics and industry research. We’re using these fake attendees to tune the weighting of the algorithms.

If you’ve already claimed your Startupfest ticket, then you’ll know that part of your registration process is a questionnaire. It asks you what your role is: Hacker, Hustler, Designer, Analyst, Investor, or Advisor (check out this post to understand why those are the six fundamental archetypes of the startup ecosystem.) It asks what you hope to get out of attending. And it inquires about the funding you’re seeking or the investment you make, as well as your expertise, industry vertical, and business model.

Now you know what we’re doing with that data. Finding every attendee five fresh faces: People we think you should try to meet while you’re at the event. When you arrive onsite, you’ll get two things:

Your mission is to track down your matches or leave them messages, get to know them, and maybe discover why our algorithm matched you. And remember: In addition to having five people you should meet, this also means five people are trying to track you down! It’s like a giant realtime game of networking tag, played out across an entire pier over three days.

Five Fresh Faces is just one of the many things we’re running at Startupfest. All of them are new; some of them may break in unexpected ways. But we’d be hypocrites if we urged startups to take risks and push boundaries without doing so ourselves. It’s all part of building an unwebinar: A three-day reimagining of what live events can be, inspired by what we’ve learned online and off about bringing people together. And if we can play a part in connecting you to the perfect investor, or the breakout startup, or the ideal co-founder, or the insightful advisor, it’ll all be worth it.